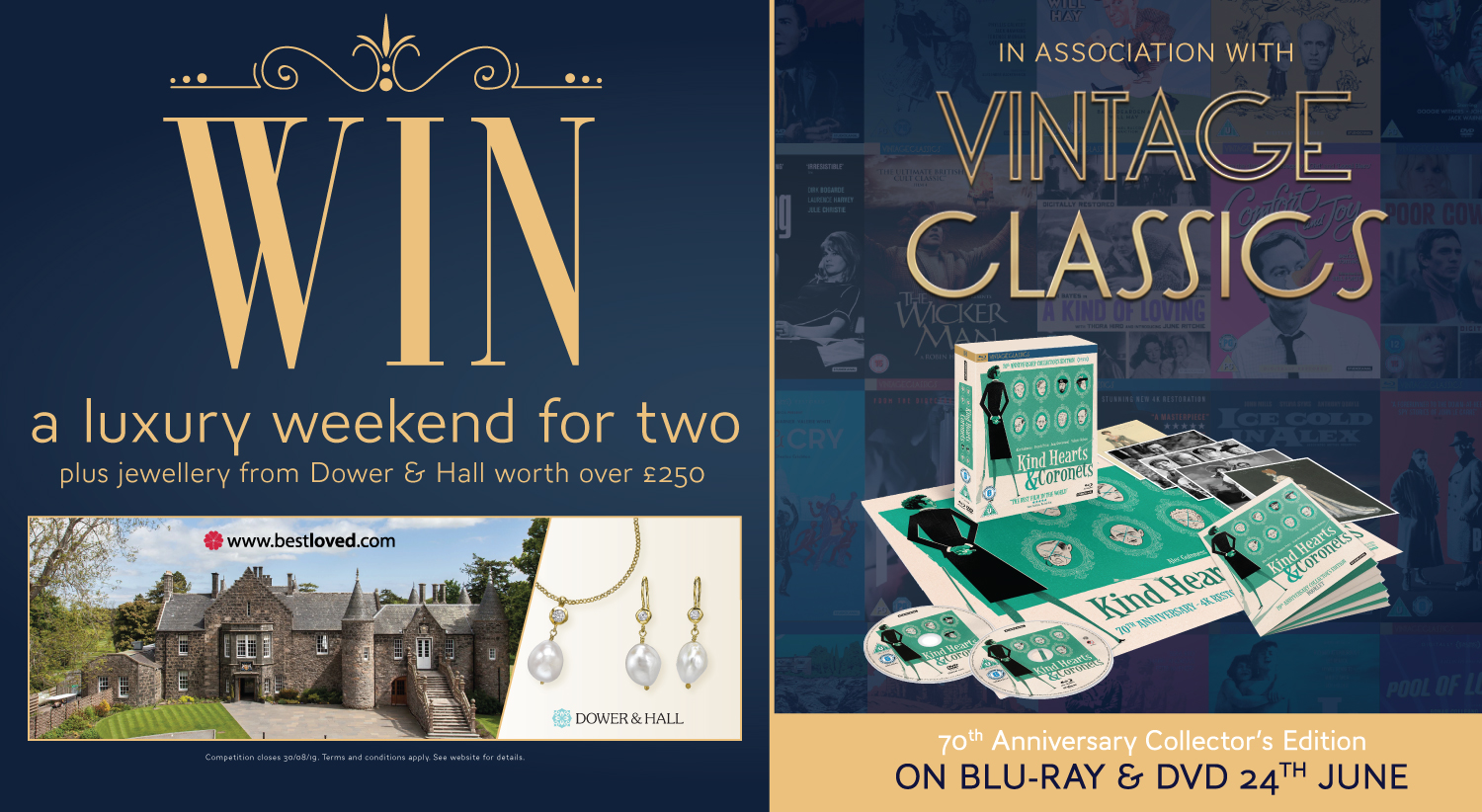 Louis Mazzini’s mother belongs to the aristocratic family D’Ascoyne, but she ran away with an opera singer. Therefore, the D’Ascoynes rejected her and Louis. Once an adult, Louis (Price) decides to avenge his mother and himself, by becoming the next Duke of the family. Murdering every potential successor – all famously played by Alec Guinness – is clearly the safest way to achieve his goal. Louis employs a variety of imaginative murder techniques in order to achieve his aim, and gradually his goal seems to be moving towards his grasp.

Regarded by many as Ealing’s greatest film, Kind Hearts and Coronets was voted the 7th best British film ever made by Total Film magazine.