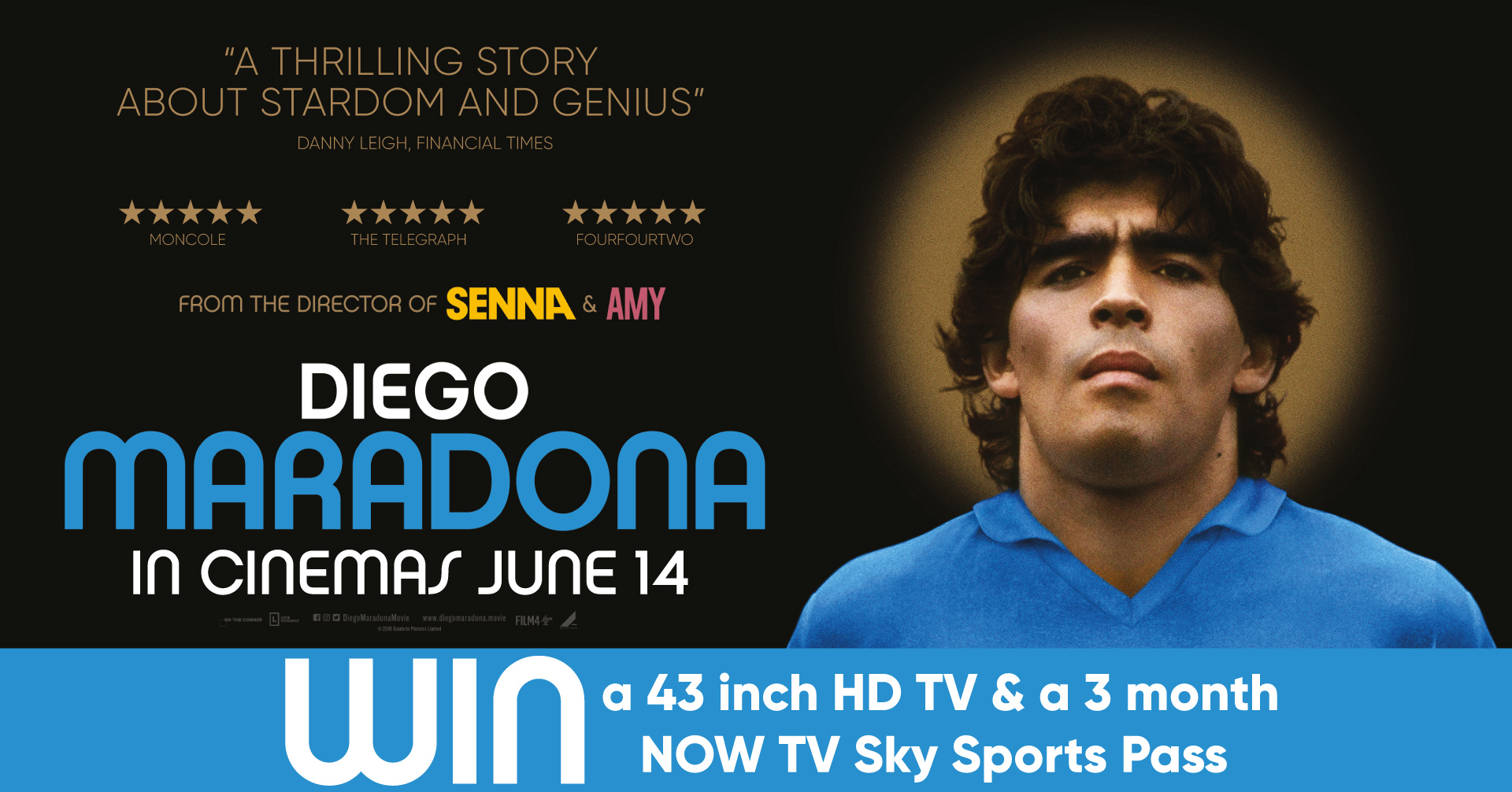 To be in with a chance of winning, answer the question below

The third film from the Academy Award and BAFTA-winning team behind Senna and Amy, Diego Maradona is constructed from over 500 hours of never-before-seen footage from Maradona’s personal archive.

In a city where the devil would have needed bodyguards, Maradona became bigger than God himself. This is the wild and unforgettable story of God-given talent, glory, despair and betrayal, of corruption and ultimately redemption.

By continuing to browse the site you are agreeing to our use of cookies.
.gptos_the_terms {color:black;}